Out of Silence, the cover

Dr Mike Lewis is a clinical psychologist working in London.   At the allocation meeting, he can find no good reason for not taking on the case of Johnny 2, an asylum seeker who is an elective mute.  Mike himself is suffering, his marriage having fallen apart following the death through cancer of his six year old son.  As a mental health practitioner himself, he has not thought it appropriate to seek the help of a counsellor, so he is living in a rented flat, in chaos, amongst coffee cups, half-dead pot plants, a sink full of washing up and the packing cases, which he has not been able to muster the courage to unpack, even though he moved out of his marital home five years previously.

However, the case of Johnny 2 fascinates him.  By throwing himself into it, invoking all his technical and experience and know-how, he starts to get his life together.  Mike and Anita, the art therapist, use art as a means of helping Johnny to communicate.  At the same time, a rapport builds up between Mike and Anita, yet he still craves Ella, who is still his wife, even though he hasn’t seen her half a decade.  He is torn between two women, not knowing if either of them really want him.  Other complications arise, when Georgina, the trainee, is stalked by one of the patients.

For me, ‘Out of Silence’ was rivetting, very emotional and, at one point, very harrowing.  All characters were well-drawn and empathetic.  A vulnerable and flawed main character goes straight to the reader’s heart.  We feel for him, when the departmental secretaries cold-shoulder him when his relationship with Anita isn’t going to – their – plan.  (I must say that, when I was a secretary in a psychology department in a psychiatric hospital, way back in the 1970s, I didn’t have that sort of excitement.)   We sympathise with Mike at the end when events  force him into a position where he couldn’t do anything else, but which is horribly open to misinterpretation.

instant Apostle (who published this book) is a small but active Christian publishing company.  Like all the other Instant Apostle novels I’ve read, the Christian content is applied with a light brush, and all the more effective for it.

‘Out of Silence’ is Annie Try’s first novel but the third to be published.  I have also reviewed ‘Trying to Fly’ earlier this year.  A full five stars for ‘Out of Silence’.

I can now go on and read something else tonight.  Do other reviewers have this problem, whereby they don’t feel they can start a new book until they’ve written up the last one on their blog?

I am a member of the Instant Apostle Facebook review group, which invites honest and rigorous reviews .  The work was supplied to me free of charge.

‘Out of Silence’ is available from Instant Apostle.

Could an unpleasant childhood experience have an impact on the rest of your life?

At the age of six, Jenny Drake witnesses a man commit suicide by jumping off a cliff above a beach in Devon.  The manner in which he positioned himself on the edge of the cliff was unusual, hands outstretched, as if he is attempting to fly.  Despite following a successful career as a librarian, and nursing both her parents until their deaths, this picture remains in Jenny’s mind for five decades, affecting her mental health.  When the reader first meets her, she is a recovering agoraphobic, just about able to leave her house in London for her appointments with Mike Lewis, her psychotherapist.

Jenny travels back to the beach in Devon, in an attempt to confront her fears, but she ends up having a panic attack in a beachside cafe.  Here, she meets, Jim, the son of the cafe-owner at the time of the suicide, who remembers the incident well.  Together, Jenny and Jim begin an investigation.  One of the first things they discover is that another man committed suicide in a similar way at about the same time; also they realise that they are putting themselves in danger.   However, this is not true crime fiction, hardly crime fiction at all, even though the other parts of the plotline hang on the detective-story thread.

The author, herself a psychotherapist, managed, very effectively, to get into the mind of a recovering agoraphobic patient.  We read about how Jenny struggles to walk from her house to the local Tube station, managing to keep herself walking only by playing peek-a-boo with a toddler in a buggy who happened to be passing.  We learn about how she confuses her own anxieties with the prudery of a byegone age.  Should she, for instance, allow on ‘a man’ into her house?  Whatever would her mother think?  And can she trust Jim, seeing as he’s ‘a man’?

The style is gentle and easy going.  A Christian novel, published by a Christian publisher, the religious content is painted with a very light hand.  Jenny prays, but her prayers are never shared with the reader.  As is often the case, Christian fiction is characterised by how characters behave – and how they don’t behave.  Christians reading this (and non-Christians, for that matter) look up Matthew 7:16.

‘Trying to Fly’ can be ordered from Instant Apostle.  I have joined a Facebook group committed to reviewing Instant Apostle works and putting my reviews on to Amazon, so I will be writing quite a few posts like this one.  The Girl at the End of the Road and The Key to All Unknown, both by K A Hitchins, which I have reviewed recently, are also Instant Apostles.  Do I recommend Trying to Fly by Annie Try?  Yes, of course.

Now, I’m going to try and publish this post, without my ten month old computer protesting too much.  We had a fit of the vapours at the weekend, in which we refused even to load Windows, and my plea to Dell brought forth four pages of close-typed detailed instructions, which got us going again, but we’re still slow and clunky.  More instructions from Dell have ensued today, but I haven’t yet had the courage, or the time, to follow them through.

As the title-theme of this book is very serious, I leave you with an image of an ancient aeroplane, which is sort of on-topic, but not quite. 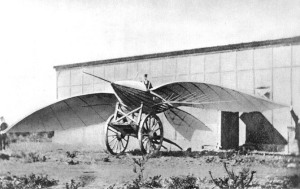